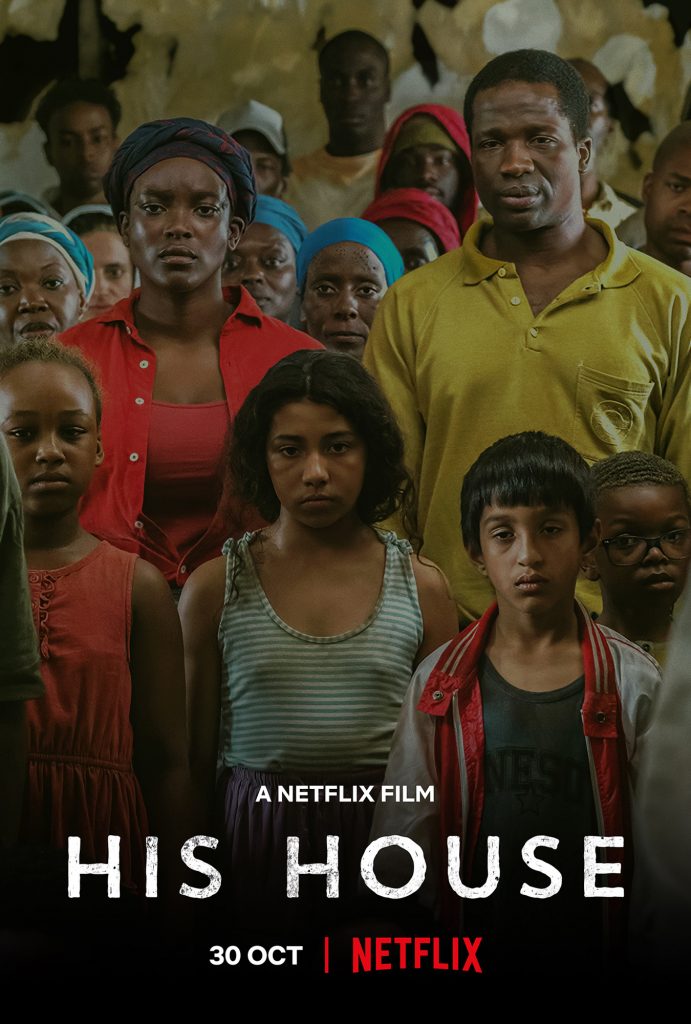 HIS HOUSE – A Review by Hollywood Hernandez

His House is a Netflix film about a family of refugees who escape the atrocities of the Sudan and seek asylum in England. The couple is played by Sope Dirisu, who plays the husband, Bol Majur, and Wunmi Mosaku, who plays his wife Rial. After living for three months in a ramshackle dorm, the couple gets probationary asylum and are moved to a house on the outskirts of London. The house is filthy with peeling walls and dirty furniture, but the couple does the best they can to make it livable.

On their first night in the home, Bol discovers that they’ve been followed to their new home by demons from the Sudan including their daughter who drowned in an overcrowded motorboat when they crossed the Mediterranean. The beasts live in the walls of the house, which is where they escape to every night when Bol tries to confront them.

However, the couple suffers through the haunting because of the strict rules laid upon them by the British government to remain at the same address or be deported back to the war-torn country of Sudan.

The movie seemingly starts with a lot of missing information to the story, but all that occurred to the family is revealed in the last third of the film and there’s some scary stuff going on that is a thrill-a-minute in this very enjoyable horror spectacle. In the end, everything makes sense, and the story is very gratifying.

His House is rated TV-14 and has a run time of 1 hour and 33 minutes. On my “Hollywood Popcorn Scale” I rate His House a LARGE.