The ReelAbilities Film Festival is currently online through this Monday.  One of the films at the festival is Rasko Miljkovic’s THE WITCH HUNTERS and it screens virtually this Sunday April 5th at noon.  Rasko was awesome enough to take part in an email questionnaire about his feature film debut.

The movie is a real treat as we have two amazingly talented youngsters playing the leads.  Mihajlo Milavic as our main character Jovan is so endearing and inspirational you’ll instantly love his portrayal.  Silma Mahmuti brought a real fiery temperament to her portrayal of Milica.  She immediately has showcased a real talent to be a strong and soft character that makes her also so endearing.  Rasko and his team also have crafted a visually stunning film that highlights both the magical realism elements as much as the realistic day-to-day life Jovan goes through.  The superhero persona he creates is an obvious homage to Batman and adds an instant connection to any audience around the world.  Pacing wise the film never seems to have a moment to slow down and thus the story is perfectly captured in the film’s 1 hour 30 minute length.  A real treasure of a film and the best calling card a young director needs to take his next few steps in the film world.  Don’t miss out on Rasko Miljkovic’s feature film debut!

A full synopsis of the film:

10-year-old Jovan’s world is shaken up by a new classmate, who invites him on a spectacular adventure. But in order to become a true hero, like those he daydreams of, Jovan must learn to accept himself and his life with cerebral palsy.

To find out more information about the screening and the film please go, HERE.

For more info on the full festival please go, HERE.

1.  The young actors in the film are fantastic, can you talk about the casting process especially finding your Jovan and Milica.
Thank you for the compliments, and I agree both of them are absolutely the heart and soul of this film! It was quite a journey, the casting process itself took about 9 months and I have to say it wasn’t easy. For the role of Milica we had an open casting, for most of the middle school kids all across Serbia and the final number of applicants was over 600 girls. For the role of Jovan it was a bit different. We had a lot of help from NGOs working with kids with CP and it was thanks to them and the tireless work of my producer and her assistant that we could reach out to a big number of little boys with CP who wanted to audition.  We then had a call back for 10 girls and 5 boys and we started pairing them up to try different scenes. It was TOUGH. All of the kids were really great but Silma and Mihajlo (who ended up playing the titular roles) just had this amazing chemistry. It felt like they knew each other for ages. One specific thing happened that definitely made me choose the two of them. All of the kids were ages 10-12, and (usually) in this period of childhood girls and boys, well, don’t really get along. Boys are considered ‘’yucky” by girls and girls are considered “too girly” by most boys. So in all of the cases when we’d take photos of different pairs at the end of a rehearsal, the boys and girls would, spontaneously, stand at least three feet away one from another. But in Silma and Mihajlo’s case, they just threw their hands over each other’s shoulders and started cracking up in front of the camera. It was just so sweet and real that in the same moment I knew: Ok, we found our pair!
2. The cinematic look is spectacular.  Can you break down the visual world you and you DP wanted to create – the real world vs the magical hero/witch world.
We had a lot of inspiration form fellow filmmakers. Me, Earl and the Dying Girl, Sing Street, Scot Pilgrim VS The World, Boy and Submarine (just to name a few inspirations) We knew we wanted to make a distinct difference between the world of magic and the “real” world and then try to marry the two in the last shot. A lot of inspiration for The Shade came from Batman (of who I am a diehard fan), and we wanted to create a mysterious, cold and edgy world in which Shade operates and fights evil. This was directly inspired by my childhood daydreams stemming from Batman: The Animated series. As for the real world we wanted to create a warm and emotional feel, that would follow Jovan on his journey. Now, it helps a lot if your DP is extremely talented (and thank the stars, mine is) but it helps even more if there is unquestionable trust among the crew. We also had a lot of help from amazingly talented people in VFX who had a lot of prior experience (because for most of us, this was our first feature). So they helped a LOT in shaping the magical world and distinguishing it from the rest of the film.
3.  The film has had a solid festival run.  Can you talk about the festivals/screening experiences you’ve had and any moments from audience interaction that stands out.
I’ve never dreamed of it being so successful, it’s been in 62 festivals so far! It was amazing just seeing the reactions from different cultures around the world to the film. Still, my favorite experience happened at TIFF KIDS where we premiered. Mihajlo (our main actor), Jovana (my producer) and I were in the audience and we could just feel them responding to the film. The Q&A was short, so a lot of people couldn’t ask questions. As we left the theater we were greeted by most of the audience in front of the venue. Almost all of them just wanted to hug us. In my book, if the only thing you want to do after watching a film is hug a complete stranger, then the film did it’s job! 🙂
4.  Jovan’s physical issues are a major element of the story.  Can you talk about the medical research you did before or during the film.  Also the “want another body” scene is so powerful, can talk about shooting that scene in particular.

It was a very important subject for us, especially since it’s never spoken about in traditional media at home. A lot of these amazing kids feel invisible, because that’s society’s easiest way of dealing with them. And we wanted to make a film where someone with CP can be a hero and a good, caring friend. A “normal” kid, with dreams and a wild imagination, like most kids do have.

The first vast source of information was my script writer, who’s sister has CP. Both of them were invaluable to the process. Also since he was the one writing the whole script, I knew everything related to CP in the script was authentic and true. We then had some tremendous help from doctors form Sokobanjska (which is Serbia’s leading hospital and rec center for kids with disabilities) who were the ones who insisted we try and cast a boy with CP in the main role, instead of trying to find a kid who could play a boy with CP. My producer was not thrilled by the idea, since it meant things on set would be more complicated. But after a couple of days of my constant nagging she said: Ok, I’ll give you two months to find the kid, if not, then we try and cast a child actor.” Once she met the first boy who came to audition, she had a change of heart and told me I could have as much time as I needed.

That scene was something I feared most. I remember not being able to sleep, thinking is Mihajlo ready for this? Is it wrong? Am I a horrible person for even thinking about doing this scene. But his parents read the script (before they even let him audition) and they encouraged me to do the scene. It’s a scene that happens to all parents of kids with CP. In the end, Mihajlo told me that he wanted to do it, so he could help other kids going through the same thing. He was 11 when he said this.

5.  What films or directors have influenced you and in particular about making films about kids?  What do you enjoy most about working with young actors?
That’s a tough question. There are so many directors who influenced me. I think that we have a much clearer view of the world when we are kids, and we tend to forget it or overcomplicate things. One of the most important things we have to try and keep alive and well in ourselves is that inner child. That’s why I love working with kids. I’m a straight shooter myself, I don’t like mystifying. I love being direct and as honest as possible. When working with kids, that’s what you always get.

To find out more information about the screening and the film please go, HERE.

For more info on the full festival please go, HERE. 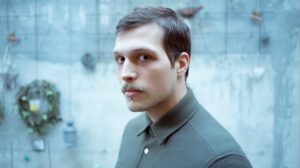