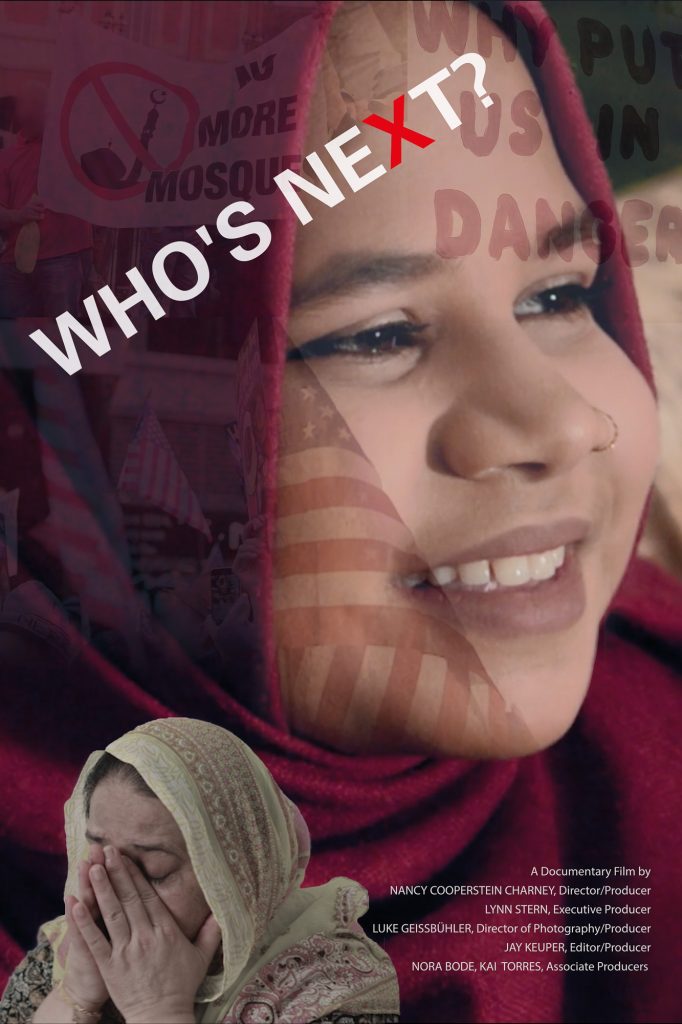 WHO’S NEXT? – A Review by John Strange

When I’m asked to review a documentary, the first question I ask is, “What is the filmmaker’s goal with the film?”  The second question is, “What is the filmmaker trying to promote as an issue or problem to add to the public’s collective conscience, with or without conclusions and suggestions, to help us come to our own conclusions concerning the best answer or outcome?”

In Who’s Next?, director Nancy Cooperstein Charney is trying to help the public understand that we are treating innocent civilians, some US citizens and some not, poorly based on a collective misunderstanding of the true teachings of Islam.  She follows several different families, living in the New York area, each with similar but different issues with the way they are being treated by a multitude of government agencies.

One family is dealing with trying to keep their visas active so that their son can continue to get the treatments that are keeping him alive.  They are currently facing possible deportation, a death sentence for their son as the treatments are not available in their native Pakistan.

Another is dealing with the wife and children being forbidden to immigrate to the US.  The husband is a US native, the Imam of a mosque in Manhattan.  Currently, he is traveling out of the country several times per year to see his family for a week or two.

Tying several of the groups together is another family of Muslim immigrants who have strong ties to their community, including the creation of a non-profit organization that helps many find ways to traverse the morass of government bureaucracy.

Who’s Next? succeeds in getting across the message that there a lot of innocent followers of Islam being unfairly persecuted by both our government and, sadly, too many of our fellow citizens.

While a very interesting film, the filmmaker informs us but doesn’t have any suggestions as to a way we can perhaps fix this problem.  I am not surprised by this but I am always going to hope that someone brighter than me or more clever than me hits upon the right idea and we can bring some more light into this world.

Who’s Next? is a decent film, doing a decent job of telling its story.  But this subject screams for more.  I give it 3.5-stars.