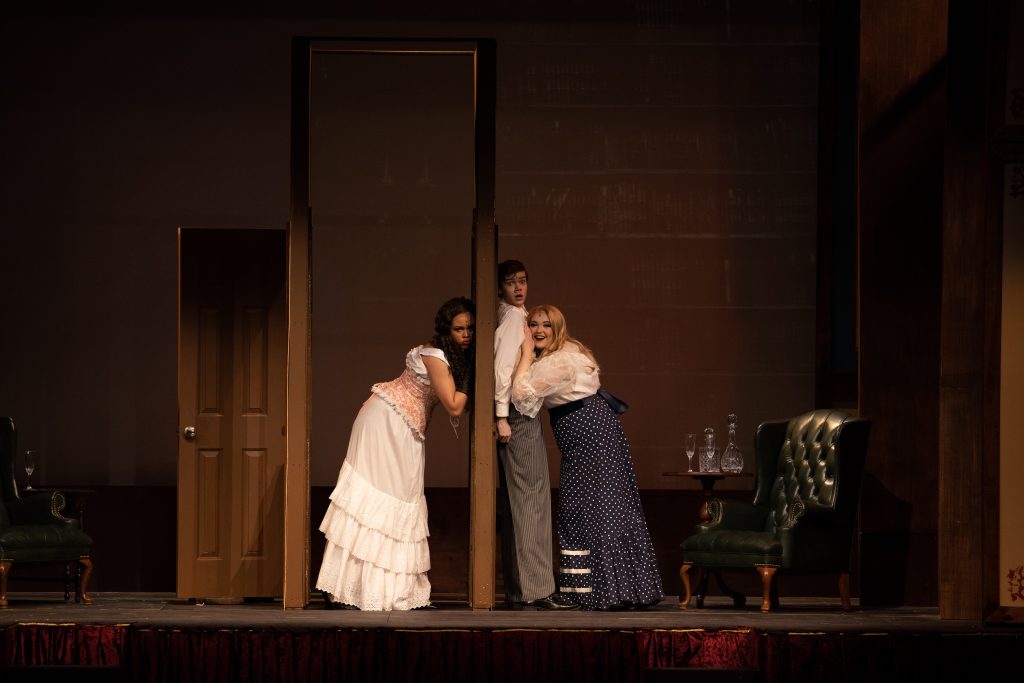 “Congratulations to all of the winners and nominees! What an unforgettable evening spent celebrating the fantastic work done by each and every one of these students and faculty members, “ said Ken Novice, president of Dallas Summer Musicals. “We are honored to witness such incredible talent rise up through our region and we look forward to seeing what these students will accomplish as they continue to pursue their love of musical theatre.”

Hosted by Dallas’ own award-winning performer Denise Lee, the virtual ceremony opened with the 2020 Best Leading Actor and Actress nominees in a virtual performance of “Where Do You Belong” from the hit Broadway show Mean Girls. Awards were then presented to students in 15 categories and $55,000 in scholarships were presented in Theatre Major, Theatre Ambassador, and Backstage Excellence categories. Broadway stars Sydney James Harcourt (Hamilton, American Idiot) and Jenn Colella (Come From Away, If/Then) announced the Best Leading Actor and Best Leading Actress award winners, and the Best Musical award was presented by four-time Tony Award-winning choreographer Andy Blankenbuehler (Hamilton, Bandstand). The ceremony closed with a finale performance of “I See Stars” from Mean Girls by the Lead Actor and Lead Actress nominees.

The virtual ceremony can be watched at YouTube.com/DSMusicals. A list of all 2020 winners, participating high schools, and their productions can be found on the DSM website.

Since DSM’s first HSMTA in 2012, the program has developed regionally, accepting schools as far away as Lubbock and Oklahoma as well as new and returning schools from the DFW Metroplex. DSM’s HSMTA has grown to be one of the largest programs of its kind in the nation. DSM HSMTA has been recognized by The National High School Musical Theatre Awards as their official affiliate program for North Texas.

Filmmaker Frank Mosley sits down with the press pool at VideoFest 26.