Filmmaker brothers Andrew and Jon Erwin talked with me about their Christmas day release, AMERICAN UNDERDOG.

Andrew and Jon Erwin have had a tremendous 2021 as they released a feature documentary, The Jesus Music, and are days away from their Christmas day release of American Underdog.  The brothers talked with me back in September about their first film and we mentioned American Underdog.  Now the brothers have kindly given me a full interview about the film that chronicles the life of NFL Hall-of-Fame Quarterback Kurt Warner.  Their tremendous biopic dives into Kurt’s lifelong love of football, his meeting and falling for his wife Brenda, and all the struggles along the way.  The movie is a triumphant tale that is filled with intimate moments of connection and the best football scenes every done on-screen.  Dennis Quaid, Bruce McGill, Chance Kelly, Ser’Darius Blain and a talented cast bring to life the people that impacted Kurt Warner’s life.  Anna Paquin delivers a strong performance as Brenda Warner and young Hayden Zaller shines as Brenda’s son Zach.  One of the year’s most entertaining and uplifting films.

In my discussion with Andrew and Jon we talked about the impact of weather on their film schedule, the massive undertaking of bringing real football action to screen and so much more!

Interview with Co-Directors Andrew and Jon Erwin of AMERICAN UNDERDOG:

Interview with Andrew and Jon Erwin – Co-Directors of AMERICAN UNDERDOG from Gadi Elkon on Vimeo.

For the link to my first interview with the Erwins – THE JESUS MUSIC. 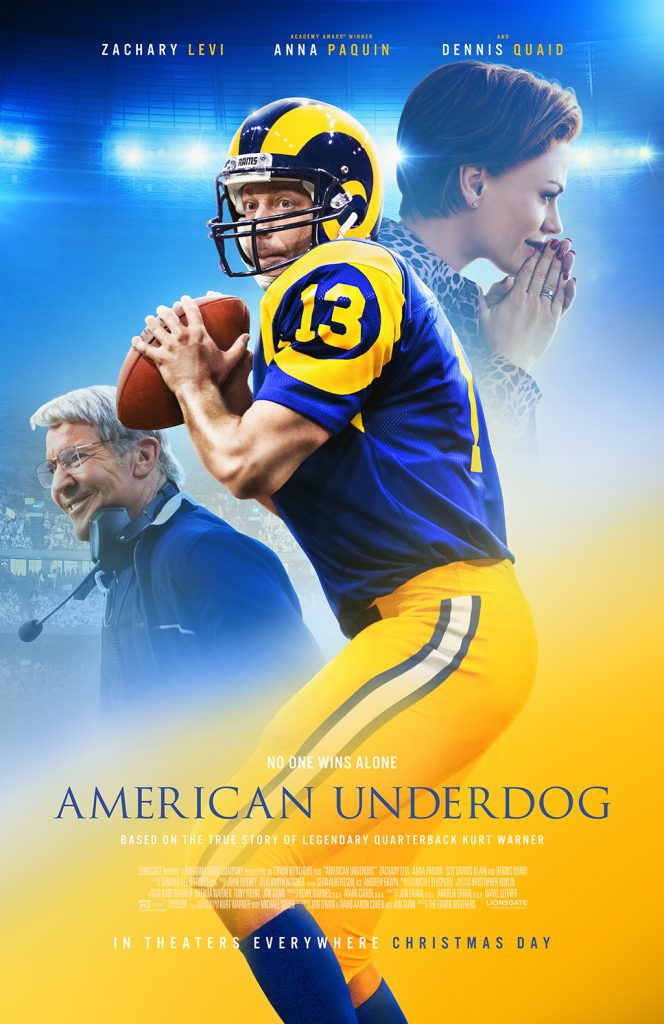