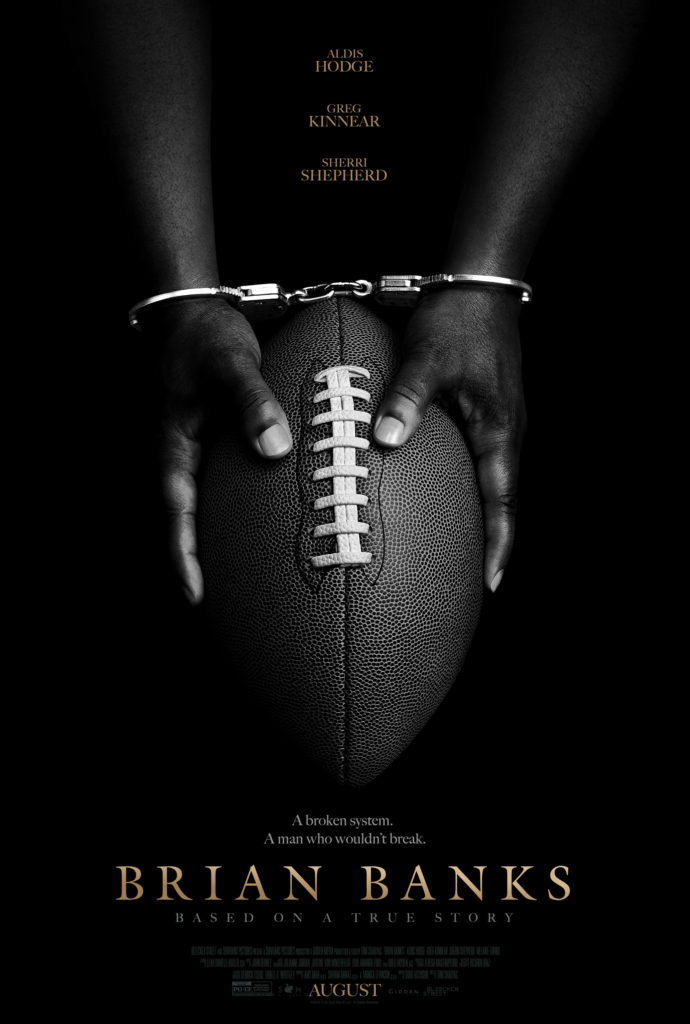 Most biographical dramas about people who are still alive and survived injustice tend to be heavy-handed and preachy.  Lucky for us, the new film from director Tom Shadyac, Brian Banks, isn’t in that category.

This film shows us a young Brian Banks (Aldis Hodge) who has the talent to back up his dream of playing football in the NFL.  His plans are halted when he’s wrongly convicted of rape and sent to prison at the tender age of sixteen.  Years later via the California Innocence Project, he fights to clear his name within America’s broken judicial system.

Brian Banks is moving and really brought home how broken our justice system is today.  Aldis Hodge is amazing as Brian.  His portrayal of the anguish and growth the real Brian went through is impactful.  The part of his mother Leomia (Sherri Shepherd) is small but powerful.  The actress always manages to bring depth and sensitivity to any role she does.  Speaking of characters, what is it with Greg Kinnear, recently all he plays are good guys in films.  In this movie, he plays the internationally known lawyer Justin Brooks who heads up the California Innocence Project – a non-profit organization that provides pro bono legal services to individuals who maintain their innocence of crimes for which they have been convicted.  I hope his next project is a scoundrel like his role in 1995s Sabrina.  He’s good at being bad on the big screen.

The biopic Brian Banks has strong writing, the cinematography is solid, and the acting will pull at your heartstrings.  So, if you’re a fan of the football player, this film will give you more insight into his epic background.  I give Brian Banks a B+ rating.  I think it’s an important film that will help further the cause for reform in our Judiciary System.