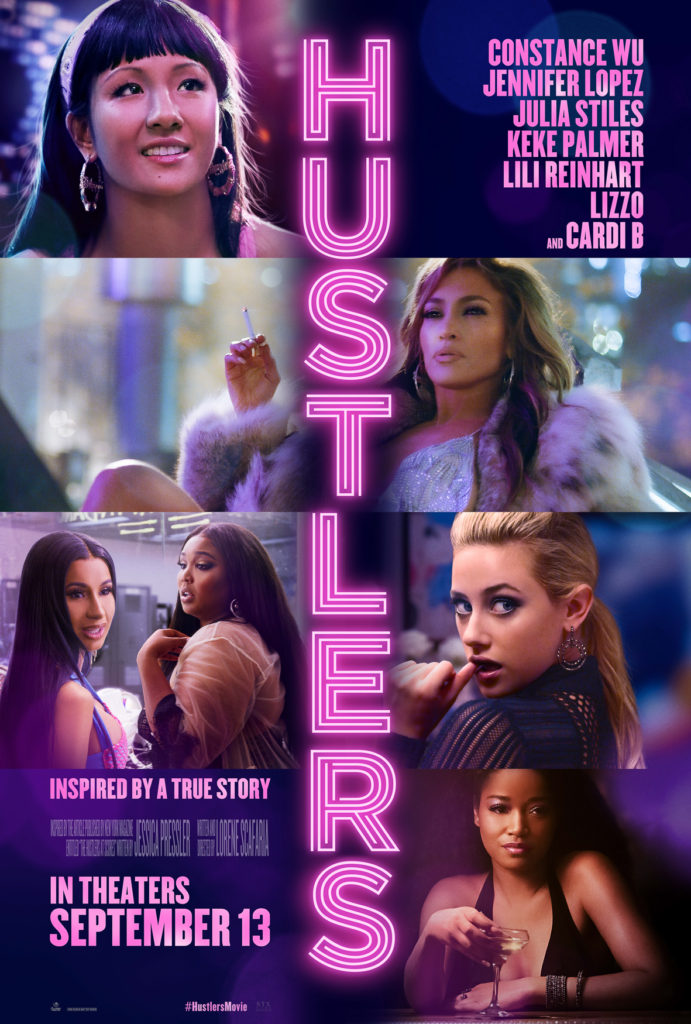 HUSTLERS – A Review by Hollywood Hernandez

Hustlers is the first movie I can recall about strippers and about a strip club from a female point of view.  Constance Wu, from 2018’s Crazy, Rich Asians, plays Destiny a stripper who’s struggling to make ends meet.  She soon learns that the strip club is as crooked as can be with managers, DJ’s, security, and bartenders all expecting a “taste” of her hard-earned money leaving her with just a few dollars every night after a shift of working for her money.

That all changes when she meets Ramona, Jennifer Lopez, who looks amazing at age 50.  She shows Destiny the ropes and soon the two are the clubs biggest moneymakers until the crash of 2008 that killed the golden goose fueling their economic windfall thanks to companies going belly up with speculation, shady dealing and greed in the marketplace.  The movie is based on a true story that was inspired by a New York Magazine article that went viral back in ’08.

With the exception of “Jenny on the Block”, who took pole dancing lessons for her part in the movie, Cardi B is the most realistic at playing a stripper in the movie (perhaps because she was one).  She is hilarious as a smart-mouthed dancer and may actually have a future ahead of her as a movie actress.

The story gets really good, and funny when a group of the girls forms a crew with the express purpose of racking up huge credit card bills from their clients.  They team up to drug their married clients and run up huge bills on their credit cards.  When the men contact the women and plead for their money back they are dismissed by the ladies who threaten to contact the men’s wives and suddenly to issues all go away.

Hustlers is part drama and part outrageous comedy.  The movie will keep you laughing with the ladies hilarious actions throughout the movie.  It is both sexy and funny.  I loved it.

The movie is rated R for nudity and drug use and has a run time of 1 hour and 49 minutes.  The entire cast is strong including KeKe Palmer, Julia Stiles, and Mercedes Ruehl.  On my “Hollywood Popcorn Scale” I rate Hustlers a JUMBO.