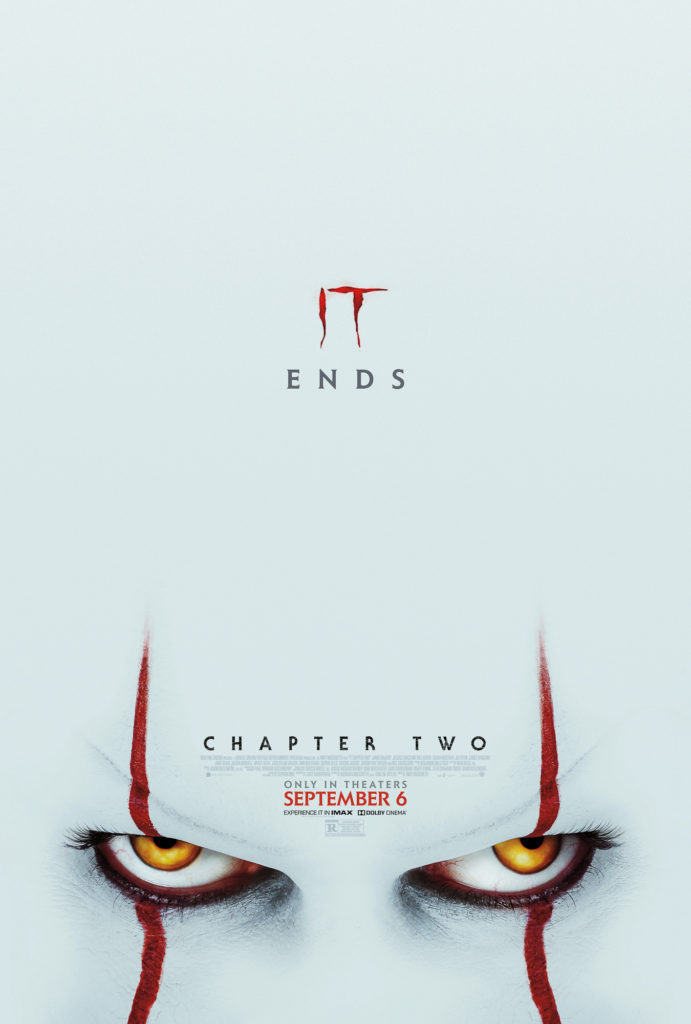 IT CHAPTER TWO – A Review by Hollywood Hernandez

In It Chapter Two, it’s 27 years later and the group of kids, who made a promise to return home to Derry, Maine if the evil Pennywise ever returned are back in town after the evil clown goes on another killing spree.  All of the kids have achieved different levels of success in their lives but the one constant with the entire group is their deep, dark secret fears that keep them awake at night after dealing with Pennywise when they were kids.

Based on the Stephen King novel, it seems he put every trick in the book in the movie, which runs just under three hours long.  It’s a bloody thriller and the story just seems to bog down with such a long run time.  After a while, you’re just too weary to get scared anymore.  Some major editing would have gone a long way in improving the story.

Pennywise uses all of the kid’s fears against them and they have to all go out separately and face those fears in order to defeat the shape-shifting clown, who can turn himself into anything he wants to be.

The movie is also relentless with the same scary scene over and over again.  After about ten times it just isn’t scary anymore.  It Chapter Two is a bloody thriller that simply runs to long.  Of course, Stephen King could find a way to bring Pennywise back from the dead again, but let’s just hope that that’s it for “IT”.

The movie gets an R rating for violence and on my Hollywood Popcorn Scale, I rate it a MEDIUM.