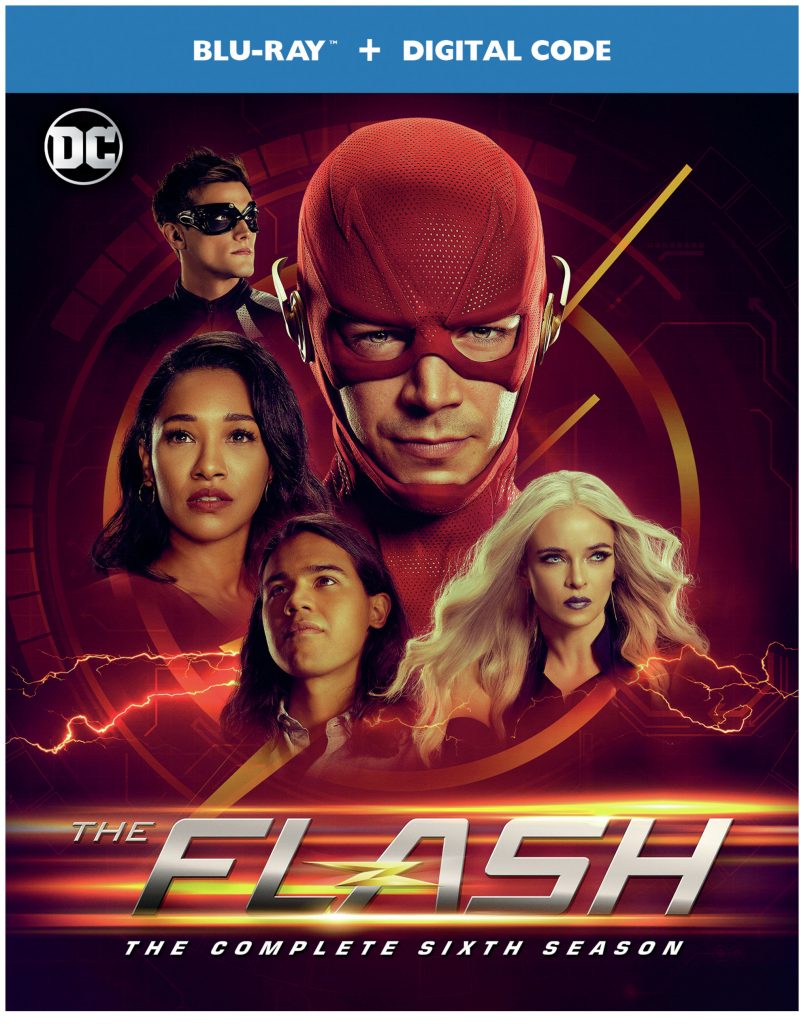 THE FLASH: THE COMPLETE SIXTH SEASON – A Blu-ray/DVD and Digital HD Review by John Strange

The sixth season sees new adversaries, a new Wells, and a crossover unlike any that have come before.  Team Flash spends the first half of the season dealing with Dr. Ramsey Rosso (Sendhil Ramamurthy) aka Bloodwork, the evil that is Black Hole, and Barry’s pending death in the upcoming Crisis.

Caitlin and Rosso have a connection that helps him worm his way into Star Labs to find what he needs.  His success at Star Labs aids him in his plans to “save the world.”

We also see Caitlin and Killer Frost (now called simply Frost) working out their issues.  Frost begins to find her way in the “real” world.  She is learning to take her “turn” as the primary control for the girl’s shared body.  She seems to enjoy her role as a hero!

Then we have the Crossover to end all Crossovers, tying the Flash, Supergirl, Arrow, Batwoman, and the Legends of Tomorrow into “Crisis on Infinite Earths”.  The teams face the loss of EVERYTHING.  And watch for additional hero crossovers from other DC TV shows and even the DC movies!

Then the second half of the season kicks off with two dilemmas, Flash is losing his speed and a new adversary, Eva McCulloch and her mirror powers take the team by surprise.  She is a threat that the team in their current condition are ill-prepared to fight.

This season is perhaps one of the busiest seasons yet, the meta criminals making the team working overtime.  Barry’s diminishing access to his speed following the crisis has the team busy trying to repair it (in between bad guys).

A season this good deserves a great set of bonus extras.  We have them!  Beginning with a special presentation of episode #5, “Kiss Kiss Breach Breach”, shown in the format the powers that be would have loved to show it during the season.  The black and white noir-style showing is good.  And then they added a second copy complete with commentary by showrunner/executive producer Eric Wallace.

The deleted scenes and gag reel are better than usual and worth watching.  Next was footage of the 2019 panels of each of the DC TV shows at San Diego Comic-Con.  These panels are always interesting and fun to watch.

We get a special disk with all five of crossover episodes.  Along with the episodes, we have a selection of extras that complement the episodes very well!  Of these, my favorite has to be the featurette titled “Crisis Past and Present: Kevin Conroy Bat Legend”.  Kevin is well-known for his voice-over work on the Batman animated series.  In the crossover, he is given a chance to be a live-action Batman/Bruce Wayne for the first time.

This is an easy season to rate. It gets a strong 5-star rating for the action, the characters, and the dilemmas!